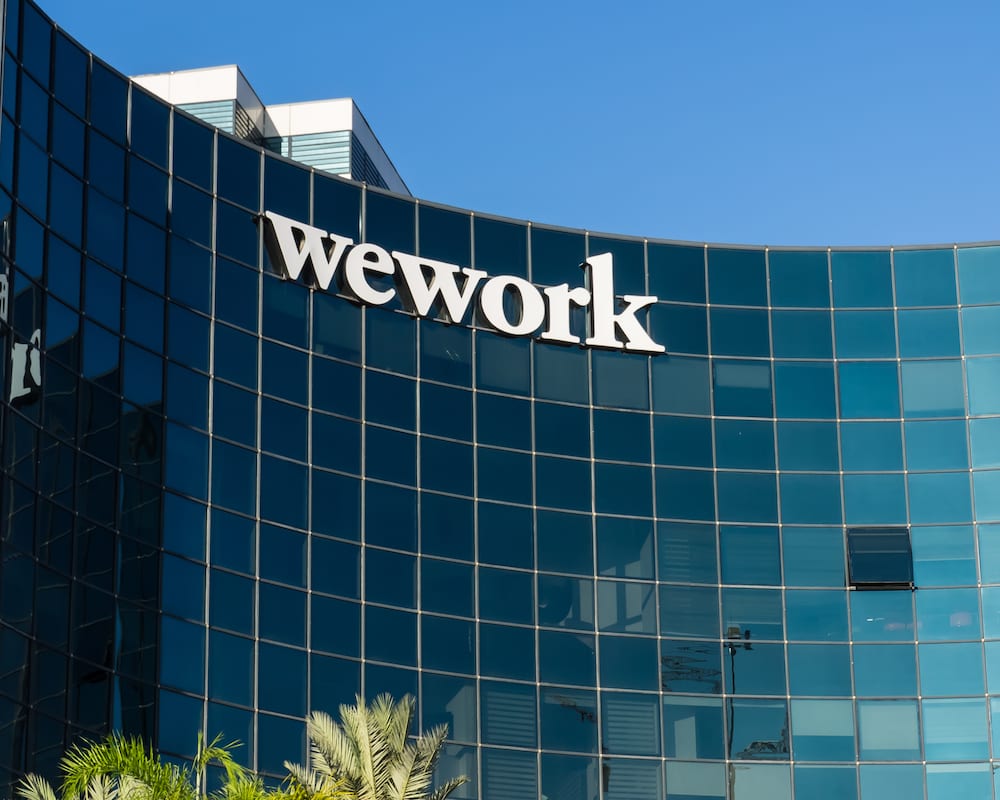 The office-sharing company is pressing on with its highly anticipated stock market debut — expected later this month — despite doubts about its ability to make money and decisions that have raised commitment and conflict of interest concerns about CEO Adam Neumann.

WeWork's parent company, The We Company, said it was cutting by half — to 10 per share from 20 — the voting power of highest-class shares that Neumann and others would have after the IPO.

The company's full board of directors also will have the power to remove the Neumann as CEO and appoint a successor, instead of relying on a three-member board committee that would have included his wife, Rebekah Neumann.

Adam Neumann would still control a majority of its outstanding voting power, giving him the ability to dictate the outcome of major decisions.

The We Company, announced the changes in a regulatory filing Friday in response to market feedback

Investors have shown lukewarm interest since WeWork outlined its IPO plans last month, painting a picture of breakneck expansion on the back of massive losses, with no clear path to profitability.

The New York-based company is considering pricing its shares in the IPO at valuation of between $15 billion and $20 billion, considerably less the estimated $47 billion that private investors have assigned to it, according to news reports and a source familiar with the discussions.

Neumann, a 40-year-old charismatic CEO who has been the face of the company, has created a stir by using some of his WeWork stock to secure a $500 million personal loan, and selling some of his shares.

He has raised conflict of interest concerns because he owns four buildings that WeWork leases.

And a backlash prompted Neumann to return $6 million that We Company paid for the trademark "We."

It said Neumann will no longer buy properties for the purpose of leasing them to his own company.

He will also give the company any profits he makes from real estate transactions with WeWork.

"Some of these actions that he took just left a bad taste.

Are you trying to milk this thing for your own personal profit and then hand it off to someone else?" said Dan Morgan, senior portfolio manager for Synovus Trust.

The company plans to appoint two directors, including a lead independent board member, within the next year and said that no member of Neumann's family will sit on the board. Earlier this month, it agreed to appoint a woman — Frances Frei, a professor at Harvard Business School — to its board when the IPO is complete after facing backlash over its all-male board.

WeWork, which plans more aggressive expansion, has billions of dollars riding on a successful IPO.

It struck a deal last month that would give it access to $6 billion in financing raised by a group of banks, as long as it raises at least $3 billion in the IPO.

It mostly makes money by renting buildings and dividing them into office spaces to sublet to members.

Its revenue has more than doubled annually over the last few years, reaching $1.8 billion in 2018, but its losses have mounted almost as quickly, reaching $1.6 billion last year.

The brand is popular with small businesses, start-ups and freelancers who can't afford permanent office space.

Members use an app to book ready-made offices or desks and get access to front-desk service, trendy lounges, conference rooms, free coffee and other services.

But its business model has not been tested in an economic downturn that could hurt its members, whose lease commitment currently average 15 months. Meanwhile, WeWork has an average commitment of 15 years on the buildings it leases.

WeWork's location operating expenses amount to about 80% of sales, and the company has given little indication of how it might reduce its costs and eventually turn a profit, said Morgan of Synovus Trust.

The company's capital-intensive model has contributed to views that WeWork should be valued more like a real estate company than a technology firm, said Brent Glover, an associate professor of finance at Carnegie Mellon's Tepper School of Finance.

"They have long-term obligations.

This story has been updated to correct the amount Neumann returned to the company for the "We" trademark.