When you think of the technology behind the Apollo program, what pops into your head? For most people, the answer would probably be rockets, capsules, or space suits.

But there’s another contraption that was equally important...

Fuel cells provided the electricity and water needed to keep our astronauts alive on the way to the moon — and they’ve never gotten much recognition for it.

These little boxes don’t have a great reputation with investors. Since their invention in the 19th century (yes, they’re that old), fuel cells have experienced a cycle of booms and busts. And until recently, fuel cell manufacturing costs were too high for widespread adoption to be possible.

That’s all changed in the last few years.

Engineers have developed a variety of new fuel cell designs that are far cheaper and more practical than their predecessors. And major market actors — like governments and multinational corporations — are starting to promote them.

Analysts are estimating a compound annual growth rate (CAGR) of 21% for fuel cell technology through 2025.

Either we’re at the cusp of another fuel cell craze or this technology is really here to stay this time.

We’ll get into the investment opportunities presented by this new fuel cell boom in a moment.

But first, we know some of you are scratching your heads.

Fuel cells generate clean electricity through some pretty complicated science. I could just plunk down a diagram here and expect you to understand it... 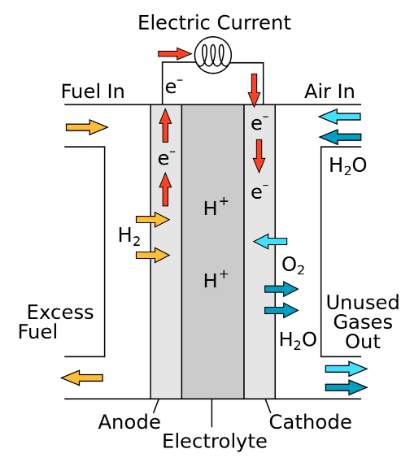 But as you can see, fuel cell diagrams don’t make a lot of sense unless you have prior knowledge of the chemistry behind them.

I’m going to try and explain that chemistry in the simplest language possible.

There are certain chemical catalysts, like platinum, that can break hydrogen atoms apart into their constituent protons and electrons.

And there are also substances called electrolytes that only let protons pass through them while blocking electrons.

So if we combine a catalyst with an electrolyte, we can break electrons off of hydrogen atoms and then separate them from their protons.

Those protons and electrons “want” to be together, though; they’re electromagnetically attracted to each other. And if you wrap up the aforementioned catalyst-electrolyte assembly in a conductive wire, then you provide the lost electrons with a path they can follow to be reunited with their protons.

And here’s the thing: When you have a bunch of electrons moving in the same direction through a wire, we call that electric current.

In other words, breaking up and then reuniting the parts of a hydrogen atom generates electricity.

It gets better, though.

When hydrogen atoms reach the end of a fuel cell and get their electrons back, they react with the oxygen in the air to form water molecules.

That’s right — fuel cells produce nothing but electricity and water, and they basically do it by breaking apart the most common element in the universe and then putting it back together.

This method of power generation has lots of upsides.

It uses an extremely common chemical as fuel and produces no harmful emissions. It’s efficient — it produces almost no heat, light, or noise, which are all forms of wasted energy. And since nothing is actually being burned, it’s very safe.

With these things in mind, a number of influential corporations and government bodies are starting to make big investments in fuel cell technology.

Let’s learn about some of these investments and how you can profit from following the smart money in fuel cell technology...

We have you covered!

The world’s largest carmaker seems to be going all in on fuel cell vehicles — and it already has one on the market. 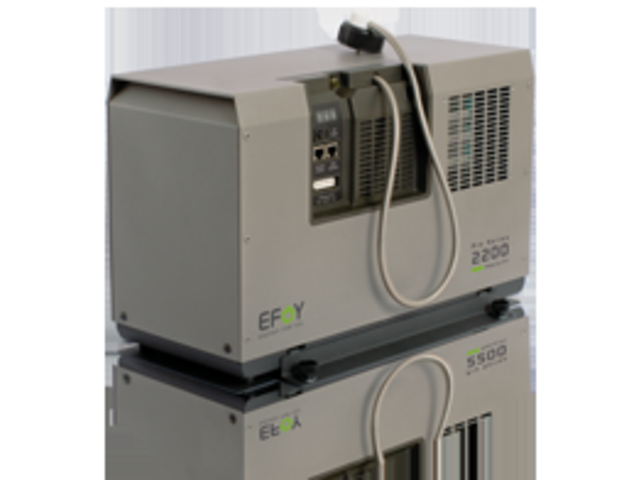 Toyota (NYSE: TM) launched the Mirai fuel cell sedan back in November 2014. It has a range of more than 300 miles per tank and gets the equivalent of 79 miles per gallon.

And last May, Toyota announced plans to expand production of the Mirai to at least 30,000 cars per year by the end of 2020.

More recently, its rival Hyundai has thrown its hat into the fuel cell ring. The South Korean auto giant revealed the Nexo (which is basically a fuel cell-powered version of the Tucson SUV) at last year’s Consumer Electronics Show in Las Vegas.

These carmakers are starting to enjoy the support of environmentally conscious governments, both through incentives and through vehicle purchases. 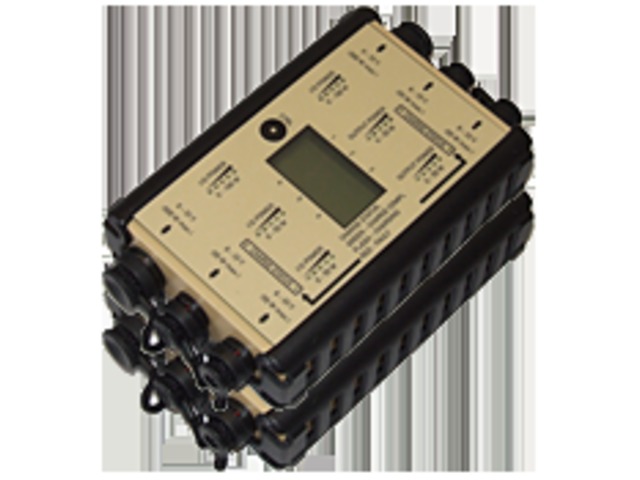 Japan’s government plans to subsidize Mirai sales to the tune of $20,000 per vehicle. And the provincial government of Quebec bought 50 of the fuel cell sedans last year.

Transportation isn’t the only application of fuel cell technology.

The gadgets generate electricity, not motion, so one could argue that they’re even better suited for utility-scale power generation.

One of them, the Bundang Power Tower, is the most energy-dense power plant in the world. By stacking cells on top of each other, the plant generates a whopping 1,340 watts per square foot.

And slowly but surely, the idea of fuel cells as utility-scale power sources is catching on in the U.S.

as well. Back in 2016, Southern Company (NYSE: SO) started selling a fuel cell and battery combo to industrial customers as an alternative to emergency generators.

And these little boxes could do more than just reduce our emissions.

They can actually help reverse them.

Certain types of fuel cells aren’t constrained to pure hydrogen gas for a fuel source. In fact, some of them can run on a variety of hydrocarbons, including some pollutant gases emitted by conventional power plants.

These hydrocarbon fuel cells put an exciting new spin on carbon capture and storage (CCS) technology — the practice of bottling up and storing greenhouse gases to keep them out of the atmosphere.

Most CCS techniques involve burying the gas or recycling it in the oil drilling process — but hydrocarbon fuel cells could allow captured greenhouse gases to be used as, well, fuel.

In other words, they could allow us to generate electricity from the waste products of generating electricity.

At this point we’ve covered how fuel cells are an efficient, affordable, and carbon-free energy source that could disrupt the transportation and power generation industries and could even help us put our greenhouse gas emissions to good use.

So how do you invest in this technology?

A Pure Play on Fuel Cells

Most fuel cell investment opportunities are either ultra-speculative microcap stocks or indirect plays. You’d technically be getting some fuel cell exposure if you bought stock in Southern Company or Toyota, but these two firms do a lot more than fuel cells. Besides, green-minded investors should consider that they’re both major contributors to climate change.

With that being said, there’s one publicly traded fuel cell company that is working hard to bring CCS fuel cells to market.

It’s a small company by market cap, yet it counts Toyota, Exxon, and several major utilities among its customers.

Our research team has been tracking this stock for months, and they believe now is the perfect time to buy. Click here to read their presentation.

He has been writing for investment newsletters since 2013 and has penned articles accurately predicting financial market reactions to Brexit, the election of Donald Trump, and more.

Samuel holds a degree in economics from the University of Maryland, and his investment approach focuses on finding undervalued assets at every point in the business cycle and then reaping big returns when they recover.

Sign up to receive the Wealth Daily newsletter - it's absolutely free! In each issue, you'll get our best investment research, designed to help you build a lifetime of wealth, minus the risk. Plus, by signing up, you'll instantly receive our new report: Surviving the Coming Economic Collapse.

Bezos’s Bad Year Is About to Get Worse

To say Jeff Bezos had a rough start to 2019 would be an understatement, and it's about to get worse.

Wealth Daily editor Jason Williams lets you in on an opportunity to turn Jeff Bezos's loss into your gain...

Artificial Intelligence Takes on its Biggest Job Ever

Few phrases in the English language elicit as much of an emotional response as “artificial intelligence.” But AI is also responsible for one innovation that will completely revolutionize the manufacturing industry and disrupt automotive giants like Tesla...

Wealth Daily editor Briton Ryle reflects on what it's been like to share ideas with Wealth Daily readers over the years and how this means everyone can win.

Plus, he reveals his top investment trend for the years ahead...