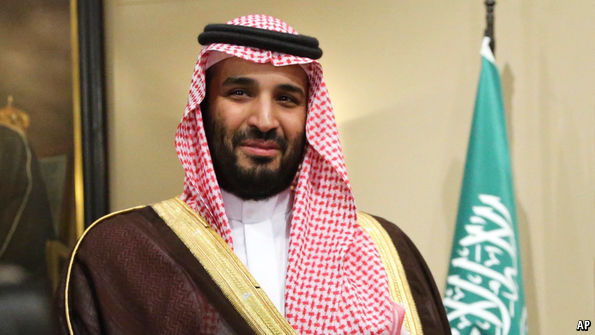 RIYADH, Saudi Arabia -- Saudi King Salman touted his country’s reforms in his annual address Wednesday and stressed the importance of his government’s decision to publicly list shares of the state-run oil giant Aramco.

He also used his speech to warn rival Iran against further aggressions.

Two key Saudi Aramco processing sites were targeted by drones and missiles in September, knocking out nearly 6% of daily global crude production. The attack was claimed by Iranian-backed Houthi rebels at war with Saudi Arabia in Yemen.

The U.S. and Saudi Arabia, however, blame Iran for the attack — an allegation denied by Iran.

Saudi Aramco is the kingdom’s oil and gas producer, pumping more than 10 million barrels of crude oil a day, or some 10% of global demand.

The kingdom plans to sell 1.5% of the company on the local exchange next month, but the success of this offering is heavily dependent on the contribution of local Saudi investors and funds.

The king’s son and heir, Crown Prince Mohammed bin Salman, has touted the IPO as a way to create new streams of revenue for large scale projects that can create thousands of jobs for young Saudis.

Saudi Arabia is looking to raise as much as $25.6 billion from the sale, potentially becoming the most-valuable initial public offering in history.

King Salman reiterated in his speech Saudi allegations that Iran was behind the attack on Aramco, as well as others targeting oil tankers around the Persian Gulf over the summer.

He said Saudi Arabia “adhered to wisdom in confronting these cowardly acts.”

"Iran must realize that it has before it serious choices and that for each there are consequences to bear," King Salman said, adding that his country does not seek war but is prepared to defend itself firmly against any aggression.

On Yemen, where Saudi Arabia has been at war for nearly five years, King Salman expressed hope that a recent power-sharing agreement reached in the south of the country “will open the door to broader peace talks.”

Separately, the monarch also commended his government’s decision to expand tourist visas this year, describing the move as a way to attract investments, create jobs and showcase Saudi heritage and culture.

The monarch’s 8-minute-long speech was broadcast on Saudi state TV and delivered before the consultative Shura Council, senior clerics, ministers and princes.