It is hard to overestimate the impact of the Novartis (NVS) /Avexis (AVXS) deal. So far, big biopharmas have had limited exposure to gene therapy and those that did get into the field focused on early-stage collaborations: Pfizer/Bamboo, Biogen/AGTC, Roche/ 4DMT, Abbvie/Voyager etc. This is understandable given the unique product profile gene therapies represent: One time irreversible treatment, lack of long term follow up and creative reimbursement models.

The $8.7B acquisition of Avexis, just three months after the deal with Spark (ONCE), makes Novartis the first pharma to embrace gene therapy as a commercial opportunity.

A biotechnology company says it will test advanced gene-engineering methods to treat blindness.

The deals also make Novartis the undisputed gene therapy leader with (hopefully) two products on the market next year. Gene therapy stocks are understandably very strong as investors are excited with the Avexis deal, but looking back on the last 9 months, actual data from gene therapy programs haven’t always been that exciting.

Audentes (BOLD) stands out as the winner with very early but encouraging data in XLMTM, a rare muscle disease.

Best cryptocurrency to mine with consumer hardware

The most striking finding came from the first patient in the study (9 months old) that included a dramatic improvement across two clinical scores (covering neuromuscular and respiratory function) at 12 weeks post-treatment.

Importantly, the scores obtained after 12 weeks were approaching those seen in healthy children.

The second patient (~4 years old, higher baseline performance) experienced milder improvements after 8 weeks of follow up and did not demonstrate an improvement from week 4 to week 8 but still reached the same neuromuscular score (CHOP-INTEND) reported for patient #1.

Data for two additional patients didn’t demonstrate significant improvements but follow up was limited. One reason for concern was elevated troponin levels which may indicate an immune reaction against transduced cells.

Next update will be crucial in order to understand robustness, durability and long term safety profile.

If the effect is corroborated and maintained in additional patients, XLMTM could be the first muscle indication to be treated with gene therapy and a proof for AAV8’s ability to target muscle cells (on top of liver). The next big muscle indication for gene therapy is obviously DMD, with multiple programs currently in P1.

Voyager (VYGR) – Updated data for VY-AADC were mixed as all three dose cohorts demonstrated signs of efficacy but cohort 3 did not perform as expected and there was no dose-dependent response.

REGENEXBIO (RGNX) – Limited update from RGX-314 in AMD, only disclosing safety profile looks good and that there is dose dependent expression of the protein in the eye.

Ultragenyx (RARE) – Updated results from the OTC program (DTX301, AAV8) started to show early signs of activity after a previous disappointing readout. Of the three patients who received the lowest dose of DTX301, one patient achieved a durable improvement in urea production (OTC deficiency is characterized by impaired urea production) and discontinued background medications.

The newest developments in genetics investing

The two other patients did not achieve any improvement, so hopefully higher doses will be able to improve rate of clinical responses.

GenSight –reported negative results from its P3 in LHON, a rare ophthalmic indication. Although expectations weren’t high judging by the company’s market cap, this is still one of the largest randomized studies for gene therapy and continues to question using intravitreal administration with AAVs.

Spark – reported underwhelming data in Hemophilia A (in contrast to my bullish prediction) but the stock recuperated since thanks to positive sentiment around gene therapy and encouraging comments by management about future data. 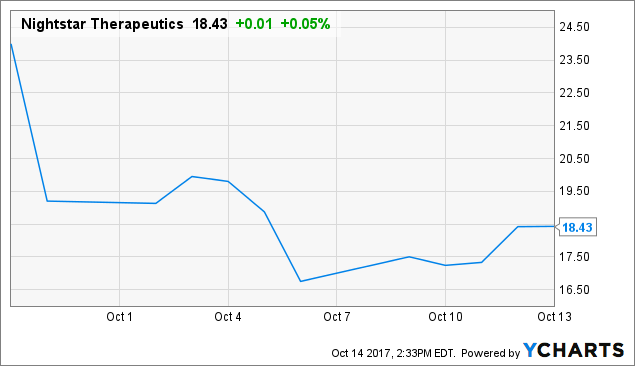 Solid’s safety issues appear vector-specific (Sarepta’s DMD program is recruiting without any major issues) but are a painful reminder for how risky the field is.

The remainder of 2018 will have important readouts from over 20 studies.

By year-end, investors should have a better understanding of whether the current enthusiasm is justified…