Française de l'Energie (Paris:LFDE) ("Française de l'Energie" or the "Company"), a key participant in the gas sector in France, announces today the completion of its Initial Public Offering on compartment C of the Euronext regulated market in Paris ("Euronext Paris"), raising €37.5 million through a capital increase.

The Open Price Offering and the Global Placement price has set at €27 per share.

We would like to thank first of all our historical shareholders who have renewed their trust and demonstrated their ongoing support to our strategy.

We would also like to thank each of our new investors, individuals or professionals, for putting their savings and trust in our unique project focusing on developing local cleaner gas production for the benefits of the territories where we operate. The quality of the investor base is another positive takeaway from this fund raising exercise. With the funding of RGreen Invest, the capital raise is a significant milestone in our development strategy and will enable us to focus on the implementation of our development in Lorraine and Nord-Pas-de-Calais.

The settlement/delivery of issued shares in the Open Price Offering and the Global Placement will take place on June 14, 2016.

Shares will begin their conditional trading on Euronext Paris from June 13, 2016 at 9.00 AM CET in the form of undertakings to deliver shares (promesses d'actions) until June 14, 2016. The shares issued upon conversion of convertible bonds issued by the Company, i.e. a number of 449,665 shares, will be issued the same day.

The shares will then be traded under a unique quotation line "FRANCAISE ENERGIE" from June 15, 2016 onwards.

Consequently, the breakdown of additional subscriptions is as follows:

As indicated below, Mr Chalopin may decide to sell a part of these shares to other existing shareholders 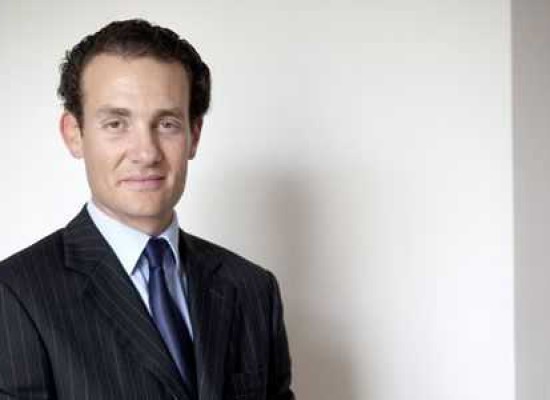 In addition 370,370 shares may be issued if the bonds with redeemable warrants (BSA) issued by the Company are exercised simultaneously with the convertible bonds and detached from these ones.

There is no other dilutive financial instrument as of the date of this press release.

As indicated above, Mr Jean Chalopin (acting on its own behalf and on behalf of some of the main existing shareholders) has placed an additional subscription order for an amount of €7.8 million through the Offering, representing 288,888 new shares.

Reminder of the use of proceeds:

Information available to the Public Copies of the prospectus, that received a visa from the AMF, comprising a document de base registered with the AMF on March 14, 2016 under number I.

If all or some of these risks materialise, this could have an adverse effect on the activity, reputation, operating results, financial situation or future prospects of the group. Furthermore, other risks, which were not identified or were not considered relevant by the group at the time the document received its visa from the AMF, could have the same adverse effect.

Française de l'Energie is a young, innovative company (Bpifrance label) based in Forbach in the Lorraine region of France.

Based in the region since 2009, Française de l'Energie is a dynamic SME which employs almost 20 people, and is already a leader in the evaluation of gas resources in France. Française de l'Energie specialises in CBM (Coal Bed Methane), and its experienced technical team has demonstrated the presence of significant gas resources in the coals of former French producing basins.

With the production of this new generation energy, which is both clean and strategic, Française de l'Energie is developing an ambitious project based on recognised expertise.

For more information, go to www.francaisedelenergie.fr

This press release does not constitute, nor can it be construed as, a public offer or offer to buy or solicit the public's interest in a public offer.

No communication or other information related to this transaction or to Française de l'Energie may be transmitted to the public in a country in which any approval or registration is required.

No steps to such end have been taken (or will be taken) by Française de l'Energie in any country in which such steps would be required (other than France). The subscription for or the purchase of Française de l'Energie shares may be subject to specific legal or regulatory restrictions in certain jurisdictions.

Française de l'Energie assumes no responsibility for any violation of any such restrictions by any person.

This press release does not constitute a prospectus within the meaning of Directive 2003/71/CE of the European Parliament and Council dated 4 November 2003, as amended, in particular by Directive 2010/73/EU in the case where such Directive was implemented into Law in the member States of the European Economic Area (together, the "Prospectus Directive").

This press release is promotional in nature.

In France, an offer is open to the public only after the delivery by the AMF of a visa.

With respect to the member States of the European Economic Area other than France (the "Member States") having implemented the Prospectus Directive into Law, no action has been or will be taken in order to permit a public offer of the securities which would require the publication of a prospectus in one of such Member States.

Any shares sold in the United States will be sold only to "qualified institutional buyers" (as defined in Rule 144A under the U.S.

This document does not constitute or form part of an offer of securities or a solicitation for purchase, subscription or sale of securities in the United States or any other jurisdiction (other than France).

Securities may not be offered, subscribed or sold in the United States without registration under the U.S. Securities Act of 1933, as amended (the "U.S.

Who Is The Rothschild Family & How Much Power Do They Have?

The release of this press release in certain jurisdictions may constitute a violation of applicable laws.

The information contained in this press release does not constitute an offer of securities in Canada, Australia or Japan.

This press release must not be directly published, transmitted or distributed in the territory of the United States, Canada, Australia or Japan.

For a period of 30 days from the date the Offer Price is made public (i.e., according to the indicative timetable until July 7, 2016, inclusive), Société Générale, as stabilisation agent, pursuant to applicable laws and regulations, specifically Regulation No.

2273/2003 of the European Commission of 22 December 2003 governing terms for applying Directive 2003/06/EC of the European Parliament and the Council of 28 January 2003 on insider dealing and market manipulations, may (but is not required to do so) undertake stabilisation operations in order to stabilise or sustain the price of the Company's shares in the Euronext Paris regulated market.

Pursuant to Article 10-1 of regulation (EC) 2273/03 of 22 December 2003, stabilisation operations may not be performed at a price that exceeds the offer price. Such interventions are liable to affect the share price and may result in a market price above that which would otherwise have prevailed.

Even if stabilisation operations are performed, Société Générale may decide to interrupt such operations at any time. The relevant market authorities and the public will receive information pursuant to Article 9 of the aforementioned regulation. In accordance with the provisions of Article 11 b) of the aforementioned regulation, Société Générale, acting on behalf of the institutions underwriting the Offer, may, if needed, undertake overallotments in connection with the Offer up to the number of shares covered by the overallotment option, plus 5% of the Offer as applicable (excluding exercise of the overallotment options).

NOT TO BE PUBLISHED, TRANSMITTED OR DISTRIBUTED, DIRECTLY OR INDIRECTLY IN THE UNITED STATES OF AMERICA, AUSTRALIA, CANADA OR JAPAN