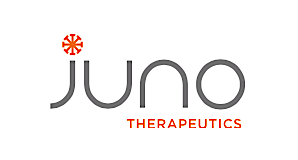 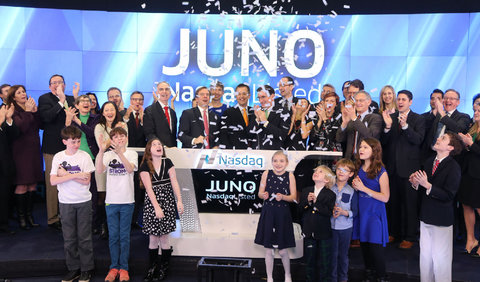 Juno Therapeutics is a biopharmaceutical company founded in 2013 through a collaboration of the Fred Hutchinson Cancer Research Center, Memorial Sloan-Kettering Cancer Center and pediatrics partner Seattle Children's Research Institute. The company was launched with an initial investment of $120 million, with a remit to develop a pipeline of cancer immunotherapy drugs.[1] The company raised $300 million through private funding and a further $265 million through their IPO.

On January 22, 2018 Juno Therapeutics was acquired by biotechnology company Celgene for $9 billion.[2]

In April 2015 the company entered into a collaboration with MedImmune (a subsidiary of Astra Zeneca) investigating combination treatments for cancer.

The trials will assess combinations of MEDI4736 and one of Juno's CD19 directed chimeric antigen receptor T cell candidates.[4] In May 2015, the company announced its intention to acquire Stage Cell Therapeutics for up to $223 million.[5] Later in the same month the company launched a collaboration, with Editas Medicine, to create CAR-T and high-affinity T cell receptor therapies to treat cancer, with the potential to generate up to $737 million-plus for Editas.[6] In June, the company announced it would acquire X-Body for more than $44 million.[7] In June, the company announced a 10-year partnership with Celgene valued at $1 billion.[8] As part of the deal Celgene will pay Juno $150 million and acquire 9.1 million new Juno shares (valued at $93, existing Juno shares rose 26% to $58.38).

Celgene will gain the right to sell Juno's therapies around the world. 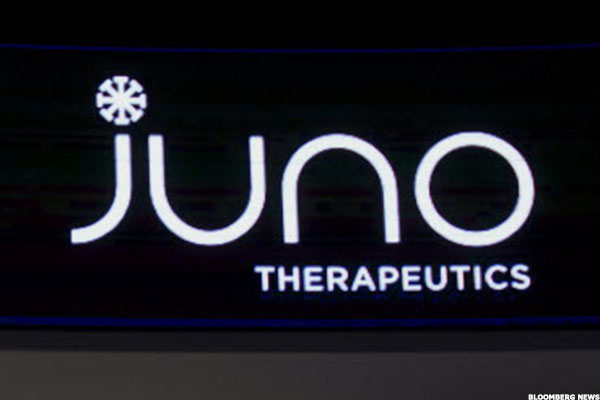 This partnership surpasses the previous highest record when Pfizer agreed to a deal with Merck KGaA in 2014.[9]

In January 2016 Juno announced it had acquired AbVitro, allowing it to use next-generation single cell sequencing platforms to complement its ability to create T cells engineered to target a broad array of cancer targets.[10] Later in July of the same year, the company announced it would acquire RedoxTherapies for $10 million.[11] This acquisition provides Juno with an exclusive license to vipadenant, a small molecule adenosine A2a (A2a) receptor antagonist that has the potential to disrupt important immunosuppressive pathways in the tumor microenvironment in certain cancers.