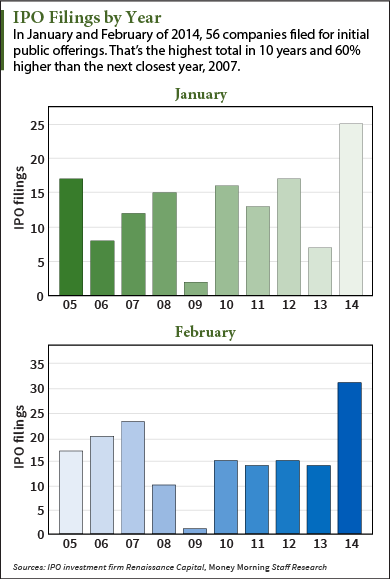 The global IPO market is on pace for its strongest year in a decade while more Washington companies are expected go public in the coming months.

Global professional services firm EY published its Global IPO Trends report for Q3 2017 today and noted that IPO volume this year has already exceeded totals from 2016, with 1,156 deals raising $127 billion through the first nine months. EY expects final numbers for 2017 to range from 1,600 to 1,700 public offerings and between $190 billion to $200 billion in capital raised.

The report noted strong IPO activity in Asia-Pacific, which accounted for 60 percent of IPOs and 42 percent of capital raised in 2017, followed by EMEIA, the world’s second busiest region thus far in 2017.

Though EY did note that 2016 was an “unusually slow year” due to political and interest rate uncertainty.

market activity has accelerated in September setting the stage for continued strength through year-end,” EY Americas IPO Markets Leader Jackie Kelley said in a statement. “With equity indices near all-time highs and constrained volatility, the pipeline continues to build across sectors, led by health care and technology. We see companies ramping up their public company readiness activities in anticipation of filings in Q4 2017 or early 2018.”

That’s the same feeling shared by Greg Beams, a partner in EY’s Seattle office, who spoke to GeekWire about the IPO climate for the Pacific Northwest.

Redfin is the only company in Washington to go public this year, as it began trading in late July and has seen its stock rise by more than 15 percent.

“The timing for any IPO is dependent on both investors’ appetite for new company stocks, which is driven in part by how well the overall stock market is performing, and by the financial and operational story of the individual company pursuing a public offering.

Going Public: everything you need to know about doing an IPO

One measure of how hungry investors are for new company stocks is how long it takes a company to go public after they complete the initial filing of their IPO registration documents.

In 2016, both Impinj and Apptio had filed their initial IPO registration documents almost a year or more before they eventually went public.

In 2017, Redfin filed their initial IPO registration statement less than six months before they went public.

What I’m seeing out in the market is an increased appetite for new company stocks in 2017, beyond what investors were willing to support in 2016. Also, there are a number of private companies that have begun the confidential IPO filing process, with an expectation of going public either later this year or in early 2018.

That was up from 2015, when zero companies went public, but down from previous years.

Of the 369 companies CB Insights listed in December that had potential to go public in 2017, seven were based in Washington: Avalara, Rover, PayScale, Redfin, OfferUp, Avvo, and Inrix.

GeekWire also surveyed several venture capitalists earlier this year from the Seattle area to get their thoughts on tech trends for the year, including the number of IPOs from Washington state companies.

Their predictions ranged from two to four companies, with some of the top contenders being Avalara, Avvo, Redfin and Adaptive Biotechnologies.

Only Redfin has gone public in 2017, though it wouldn’t be surprising to see another company or two file their initial IPO registration statement by the end of the year. 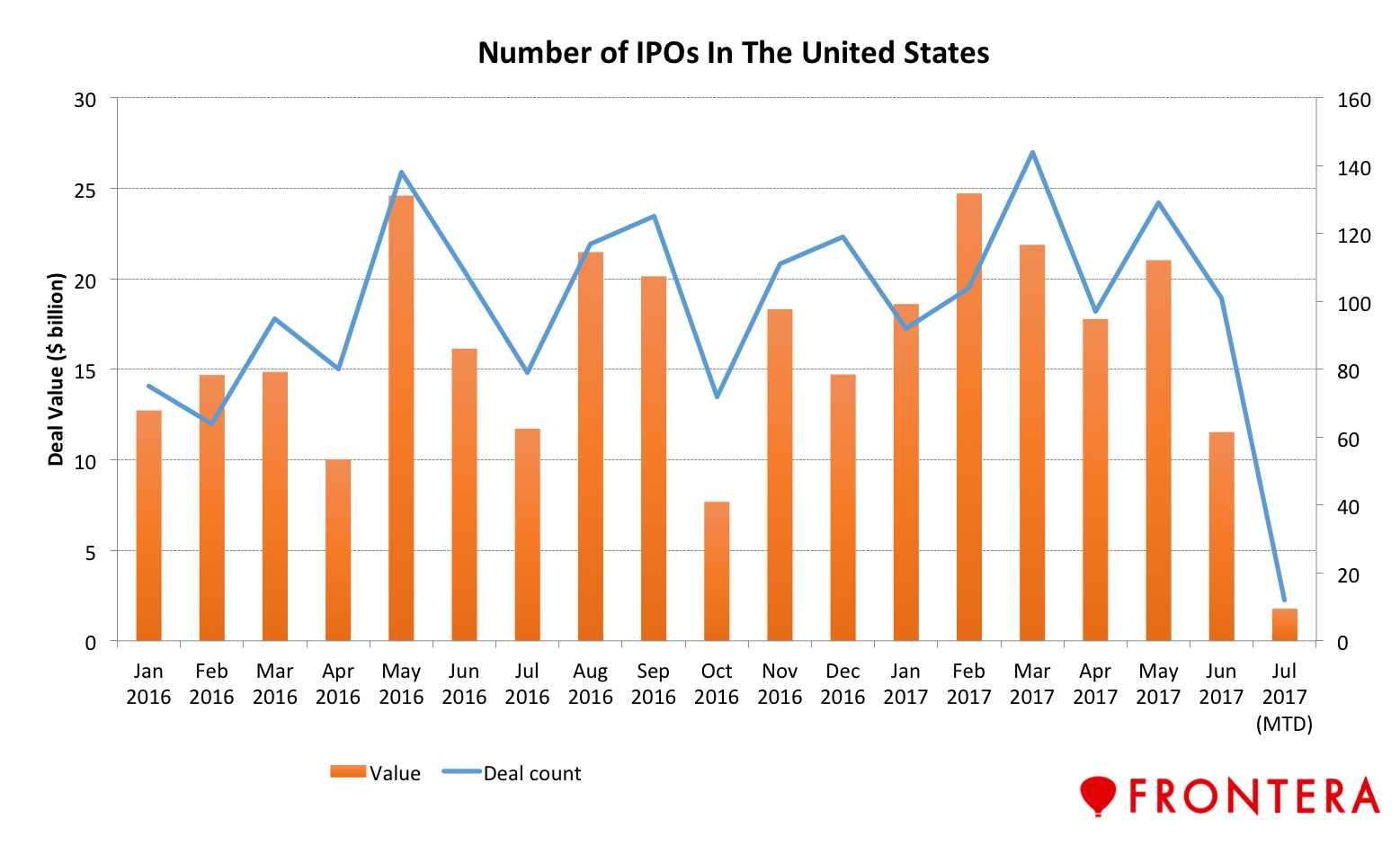 One reason for the quiet period could be related to the JOBS Act, which was enacted in 2012 and allows companies to confidentially file paperwork for public offerings.

While there have only been 15 tech companies to go public this year, the slowest start since 2009, TechCrunch noted that most have been performing well.