S&C client home24 SE, headquartered in Berlin, Germany, set the offer price for its initial public offering at €23.00 per share. Trading in home24 SE's shares on the regulated market of the Frankfurt Stock Exchange (Prime Standard) commenced on June 15.

home24 SE was founded in 2009 and is the pure play market leader and go-to destination for home & living online shopping in continental Europe, where it operates in seven countries predominantly under the “home24” brand, and in Brazil, where it operates under its “Mobly” brand.

S&C client Rocket Internet SE held approximately 41 percent of the shares in home24 SE prior to the IPO and acquired additional shares for approximately €22 million (approximately $26 million) in the offering.

The transaction consists of public offerings of newly issued shares of home24 SE in Germany and Luxembourg and private placements to institutional investors in other jurisdictions, including the United States in reliance on Rule 144A.

As part of the transaction, all shares of home24 SE were admitted to trading on the regulated market of the Frankfurt Stock Exchange (Prime Standard). 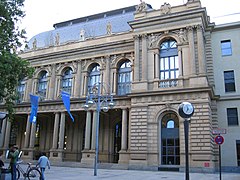