Chris Meverden has been working with and training dogs since 2002. He has been competitive in the sport of IPO (formerly called schutzhund) since 2006.

From 2007-2013 Chris trained and handled three different dogs at National events. In 2013 he was the first ever American to qualify for both German Shepherd World Championships - The WUSV World Championship and World Universal Sieger.

Some of Chris’ accomplishments:

Conformation dogs that have been trained with Chris at Brickhaus. 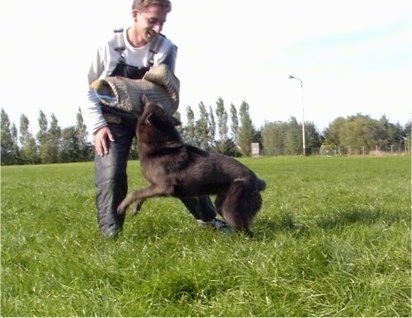 ** - indicates they have received pronounce protection awards at Sieger shows