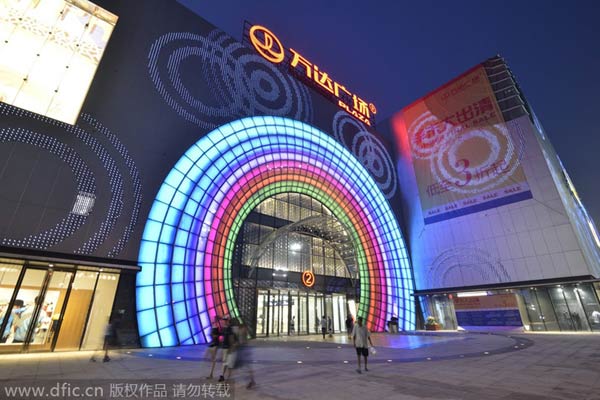 Dalian Wanda boss Wang Jianlin is about to get his hands on another $3.7B

Dalian Wanda Commercial Properties has raised US$3.7 billion through a Hong Kong IPO, after the Chinese real estate company belonging to PLA officer turned billionaire businessman Wang Jianlin is said to have priced its shares today.

A report in FinanceAsia citing sources close to the deal, said that underwriters predicted that shares would price at HK$48 per unit, although Wanda had not yet provided final approval.

The share offering is bringing in less than the $6 billion that Wanda had initially hoped for, but even at at its reduced size, the listing will make Wanda Commercial the biggest IPO in Hong Kong this year, and the largest-ever listing of a real estate company globally.

After getting enough commitments on the first day of order-taking last week to sell out its 600 million share offering, Wanda Commercial’s pricing today confirms that the mall developer’s debut has now surpassed the 2010 IPO of warehouse builder Global Logistic Properties as the biggest ever in the world.

Prior to Wanda’s pricing today, the $3.1 billion January listing of utility HK Electric had been the biggest to grace the Hong Kong bourse in 2014.

In the IPO, Beijing-based Dalian Wanda Group – the parent company of Dalian Wanda Commercial Properties – is selling shares in its China commercial property assets which include one of the country’s biggest chains of shopping malls and department stores.

Last week Wanda announced the opening of its 108th Wanda Plaza shopping centre in the eastern Chinese city of Hangzhou.

Wanda’s network of mainland movie theatres are owned by a separate company, Wanda Cinema Line, which is expected to list on China’s Shenzhen stock exchange in its own RMB 2 billion ($326 million) IPO later this month.

In 2012, Dalian Wanda purchased the AMC theatre chain in the US for $2.6 billion during 2012. Since that time the company has aggressively acquired real estate and other assets outside of China, making it one of the leaders of the country’s outbound investment wave.

Investors Not Put Off by Debts or Slowdowns

Although a cooler than expected reception from investors caused Wanda to scale back the share sale from its original target of around $6 billion, today’s news shows that there is still a large amount of interest in the China commercial real estate story, despite some recent concerns.

At the macro level, China has been struggling with weaker than expected economic growth this year, and all signs indicate that the country will miss its target of 7.5 percent expansion in GDP.

The real estate market in general has underperformed, with housing prices sliding for seven straight months, and commercial markets suffering from a surplus of new malls, particularly in second and third-tier cities where most of Wanda’s assets are located.

Outside of these macroeconomic factors, some analysts raised questions about Wanda’s financial health, pointing out that in opening more than 100 malls in the last decade, the closely-held developer had built an ever-growing debt-to-equity ratio, which stood at 87.8 percent as of the end of June.

Some analysts have also speculated on risks surrounding possible links between Wang, who first achieved traction in northeast China’s Dalian, and fallen politician Bo Xilai, who was mayor of the city at the time.

Despite these concerns Wanda raised $2 billion from 11 cornerstone investors through this offering, including the Kuwait Investment Authority, China Life Insurance, Ping An Insurance and Dutch pension fund APG.